Users report they are unable to print from their Citrix Virtual Desktop to a local printer.  The printers have disappeared and are not visible in “Devices and Printers” or in any Print Menu.  The issue affects all users working from a specific Citrix Desktop Host.

Verify the Citrix Print Manager Service has crashed on the affected Desktop Host.  Using the “support” account, access the Citrix Desktop Host.  From the start menu or run dialogue box, open “services.msc” as shown below: 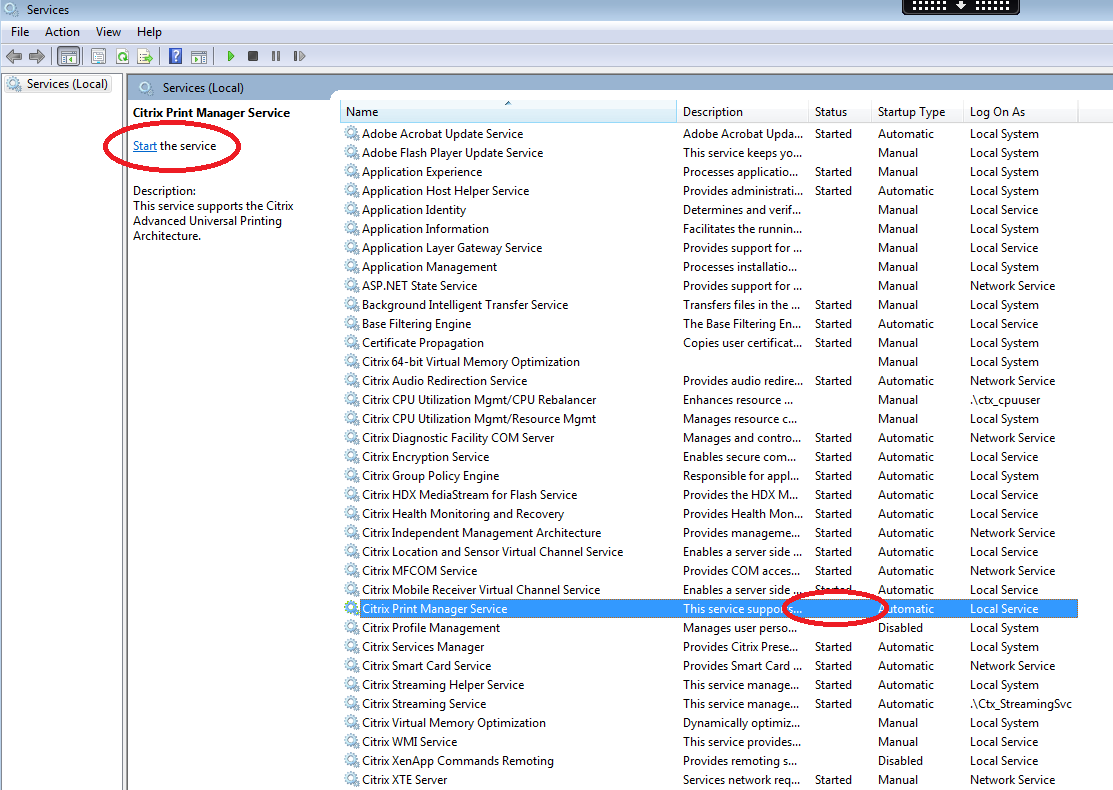 If the “Citrix Print Management Service” does not report a “Started” status as shown above, proceed to Start the service.

Once the service is started, all currently logged on users will have to fully logoff (not disconnect), and log back on to their Citrix Virtual Desktop.  The logon will recreate all mapped printers.

It is imperative that users logoff and log back on in order for the printers to re appear.Users tend to confuse “logoff” with “disconnect” in their Windows start menus.  If a user still reports they are unable to see their locally mapped printers in the virtual desktop, it is likely the user did not fully logoff and rather disconnected and reconnected to their session.

If the issue occurs repeatedly, it could be due to Adobe Acrobat's automatic updates. In this case, switch to manual updates and start the Citrix print manager service. Additionally, reboot the Citrix server after finishing a manual update.

To learn more about how the CloudConnect Platform enables an incredible DaaS experience, download our latest White Paper!

Did you find it helpful? Yes No

Send feedback
Sorry we couldn't be helpful. Help us improve this article with your feedback.